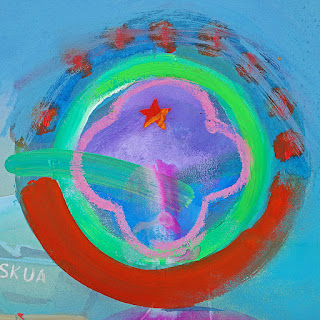 "With “Insignia” or “A New American Landscape,” Adam Green has created artworks that reflect the multiplicity of the American people. His idea is to portray an idealized landscape or vision of a promised land, combining gothic forms with American military insignia and American dreams and aspirations. These are landscapes as well as heartscapes, influenced by Turner, Claud and Pousin, idealized landscape painters popular in Europe in the 18th century who inspired the parks of the English stately homes of that period. It is this tradition that Adam follows, albeit with his own individual style. This is symbolist art, graphic design taken to the level of Fine Art.